So today’s been a good day! Progress of the Progress Ace has continued apace, zipping along off the south coast of Sicily – not at full speed, only 14 odd knots but I guess that as it’s a busy thoroughfare. 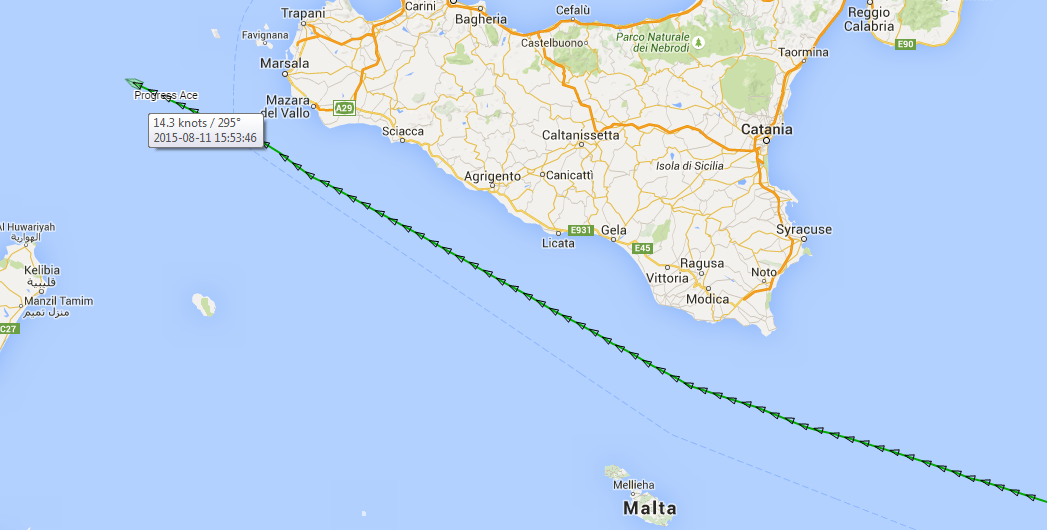 However, that’s not the most interesting development today. Mitsui O.S.K. published the next itinerary for the Progress Ace and it looks very like my much anticipated precious cargo may not even disembark at Zeebrugge as a couple of days later, currently scheduled for the 23rd August from 13:06 through 21:06, the Progress should be docked at Sheerness. This was a turn up as, as I doubtless blogged earlier my research suggested that I’d be decanted in Zeebrugge and then having missed the likely connection on the 17th since Progress is a bit behind schedule the next UECC carrier crossing to Southampton wasn’t due until the 24th – leaving it very doubtful that the promised delivery on the 1st would be achievable. Instead arriving on UK soil on the 23rd puts the 1st back on the cards. Happy bunny here.

So on to the next stage of Mazda stalking preparation… how close to Sheerness Dock can I get and what’s the chances of a decent shot of the Progress Ace? 🙂